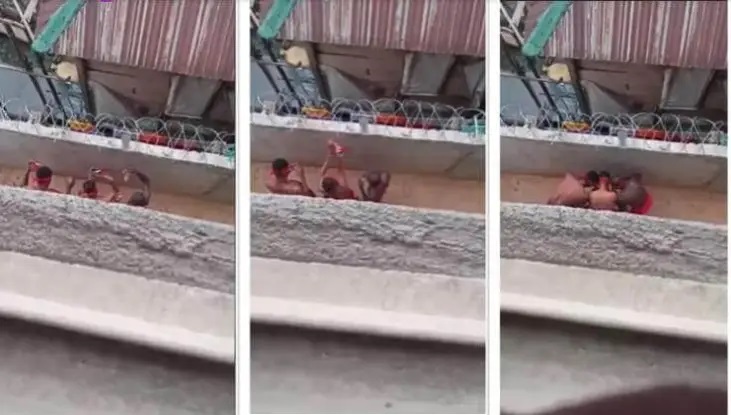 A video has caught three suspected internet fraudsters performing ritual near a hotel.

The suspected fraudsters were secretly filmed in the act as they used a lady’s pant and blood for their ritual.

According to a video obtained by LatestNGnews.com, the boys were topless, and were wearing a red skirt-like dress, as they faced the wall and was doing their incantations.

After finishing the incantation, they drank the blood.

The desperation to make money is driving many youths to this kind of disturbing activity.