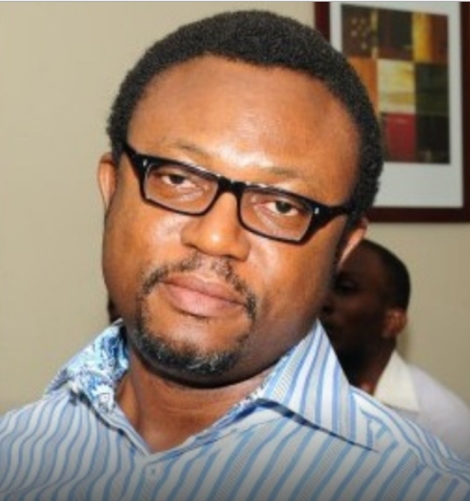 Efe Omoregbe
Here is how LIB exclusively reportedly the story;
*****************
"For a while now, there’s been a brewing leadership crisis between the Tony Okoroji led faction and the Efe Omorogbe led faction at the Copyright Society of Nigeria (COSON).
Today, LIB can exclusively confirm that the police got involved and 2face Idibia’s manager, Efe Omorogbe was arrested on the grounds of forgery and impersonation after he was reported by the current chairman, Tony Okoroji.
Sources reveal to LIB that Efe Omorogbe and another man, Joel Ajayi were arrested and detained at the station yesterday. The duo spent the night at Zone 2 Police Headquarters, Lagos before they were charged to court this morning before Magistrate O.O.Oshin of Igbosere Magistrate 1 on four count charge of forgery, fraud, falsification of documents with the intent to defraud and having conducted himself alongside others at large to commit breach of peace, stormed the meeting of venue of the COSON Chairman, committed an offence punishable under section 168 (d) of the Criminal Law of Lagos State of Nigeria, 2015.
"After trying to break into the COSON house in ikeja for a meeting with ‘thugs’, Efe went on to forge the letter head of COSON and sent out which is a crime. He was reported to the police and when he admitted to the crime, it became a criminal offence and the Police commisioner has stepped in" a very highly placed source revealed to LIB.
Afrer the court hearing today, he was granted bail and the case has been adjourned till May 17th 2018 in the case file A/29/2018 between Commissioner of Police vs Efe Omorogbe and Joel Ajayi."
--Advertisements--