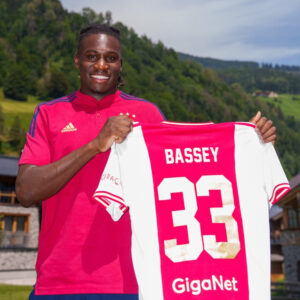 Super Eagles star, Calvin Bassey has been signed by Ajax.
The club confirmed the signing of Calvin Bassey from Rangers on a five-year contract for a deal worth just under £23m.
The fee is £19.6m (€23m) but with add-ons could rise to £22.7m (€26.5m) with the deal also thought to include a 10 per cent sell-on fee.
Bassey has signed a contract with Ajax until June 2027 and arrived in Austria on Wednesday to join the Dutch champions’ training camp. He replaces outgoing Lisandro Martinez as he heads for the Premier League to join Manchester United in a €55m transfer deal.
A statement on Ajax website read: Ajax has reached an agreement with Rangers FC and Calvin Bassey for the transfer of the defender to Amsterdam.
‘The English-Nigerian player has signed a contract with Ajax that will take effect immediately and will run for five seasons, until June 30, 2027.’
‘Ajax will pay a transfer fee of EUR 23 million to Rangers FC. Including variables, that amount could increase to EUR 26.5 million. The 22-year-old will wear the number 33 jersey. ‘ 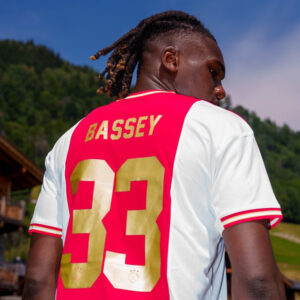 Bassey made 50 appearances across all competitions last season and was named in the Europa League team of the season following Rangers’ run to the final. He also played a key role as the club won the Scottish Cup in May, adding to the Scottish Premiership title he won the previous campaign.
--Advertisements--