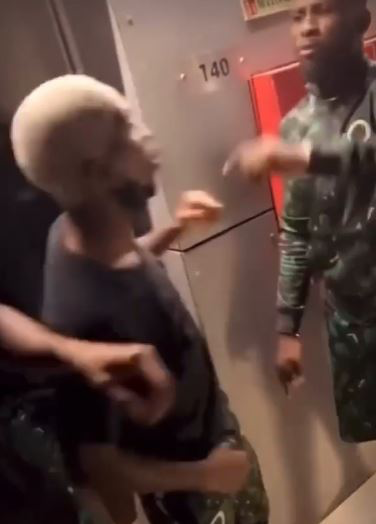 The duo who’re presently in Cameroon for the African Cup of Nations which began yesterday playfully engaged one another in a combat.

They tugged at one another’s shirt before being separated by different team mates.