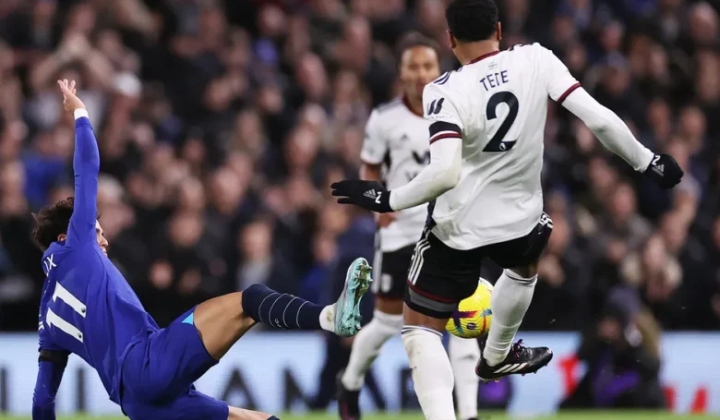 Joao Felix became the first player since 2014 to be shown a red card on a Premier League debut after being sent off last night during Chelsea’s clash with Fulham.

Felix left Atletico Madrid and joined the Blues on loan for the rest of the season for a fee of €11million (£9.7m) on Wednesday, January 11. A day later, he was thrust into the spotlight for Chelsea’s local derby against an in-form Fulham side at Craven Cottage.

While it did not take long for him to win over Chelsea fans on his debut, things, however, fell apart quickly for Felix who was shown a straight red card for a nasty tackle.

Chelsea had pulled one back through Kalidou Koulibaly just after the break following Willian’s first-half opener against his former club.

Shortly after Koulibaly’s goal, Kenny Tete suffered a high challenge from the loanee. Felix was sent off almost immediately.

Fulham made the most of their numerical advantage as Chelsea goalkeeper Kepa Arrizabalaga failed to deal with Andreas Pereira’s 73rd-minute cross, allowing Carlos Vinicius to nod home the winning goal and send Fulham into sixth place.

Chelsea are now 10th on the Premier League table after 18 games and are almost 20 points behind leaders Arsenal.

Fulham got the sixth spot on the table following the big win and are now above Liverpool.