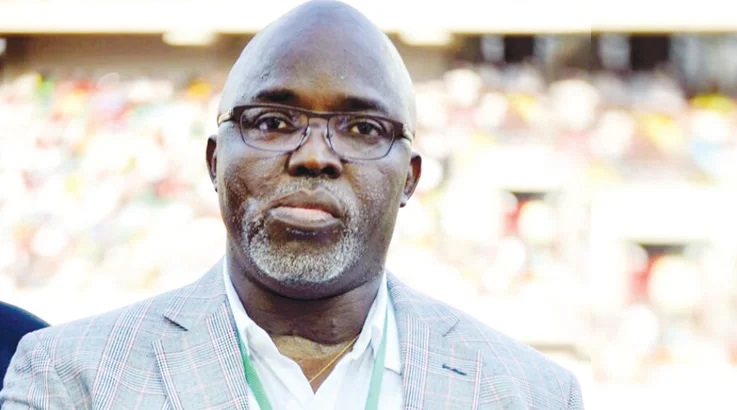 President of the Nigerian Football Federation (NFF), Amaju Pinnick has said he will not contest another election at the expiration of his tenure in 2023.

He spoke on Monday.

Recall that Pinnick was elected in 2014 and has served two terms. His tenure will end next month, September 2022.

Rumors have been making the rounds that Pinnick, a member of the FIFA executive council committee is interested in continuing his stay in office.

But in a chat with Arise TV on Monday, August 15, Pinnick stated that he will only be in a position to intervene, not interfere during the process of electing a new President.

“There are so many Nigerians capable of being there (NFF boss). I will assist and work with anyone who wins the elections and emerge as president, “ Pinnick told Arise TV.

”That I promise. I will intervene but will not interfere.”