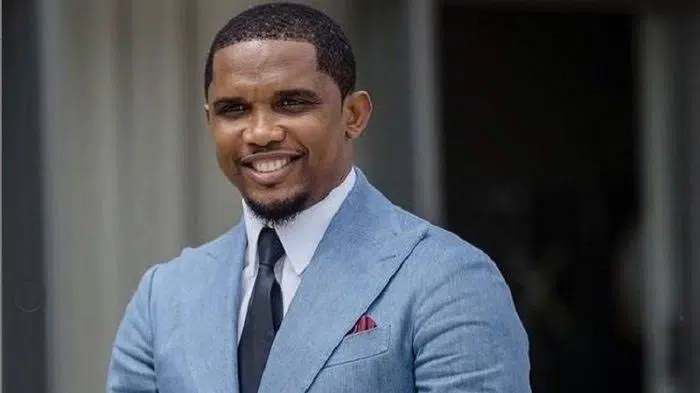 Cameroon legend Samuel Eto’o will not be paid salary as President of Cameroon Football Federation (FECAFOOT).

This comes after he personally rejected salary and instead increased remuneration package for the players.

Samuel Eto’o Fils is a former Cameroon football player who currently presides over the Cameroonian Football Federation having taken over from 11 December 2021.

“The salaries of home-based players are already known. Any club president that does not pay players will no longer receive subsidies,” Eto’o said as quoted by kbc.co.ke.

I’m giving the players the right to press charges against clubs that don’t pay them and FECAFOOT will pay them directly from the subsidies that the clubs in question had to benefit from. I’ve come to put things in order. I don’t speak; I act. The money I invest in Cameroon football during my tenure must have a convincing outcome,” added the former Chelsea striker.

As part of his policies to ensure players earn the right amount for the work, Eto has advocated for high wages for players in Cameroon including the country’s women football league.