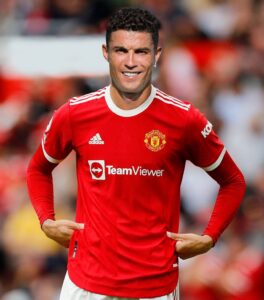 Cristiano Ronaldo has return to the United Kingdom on Monday, according to The Athletic.

This is the first time Ronaldo will be in the country since he informed Manchester United of his desire to leave the club this summer.

The 37-year-old is expected to hold talks with senior officials at Old Trafford.

It is also unclear if Ronaldo will join in training with new manager Erik ten Hag and the rest of the squad.

United remain adamant that the five-time Ballon d’Or winner is not for sale and will be part of the team for the 2022/2023 season.

Ronaldo is so desperate to play in the Champions League next season, that he is ready to take a 30% pay cut to join a new club.