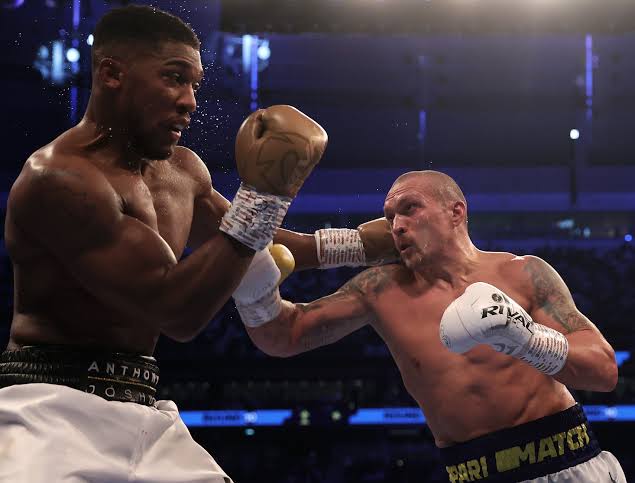 Anthony Joshua will attempt to win back his heavyweight titles tonight when he takes on Oleksandr Usyk in the desert of Saudi Arabia, 11 months on from his second career defeat.

WBO, WBA, and IBF heavyweight champion Oleksandr Usyk (19-0, 13 KOs) is looking to make it consecutive wins over former champ Anthony Joshua (24-2, 22 KOs), who held those titles before Usyk took them away from him in front of a pro-Joshua crowd in London, England.

Heavyweight supremacy is at stake in Jeddah, Saudi Arabia.