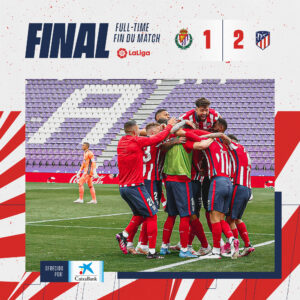 Atletico are top of LaLiga, two points ahead of second-placed Real Madrid as they head into the final round of Spanish top-flight fixtures. The equation is straightforward for the hosts: beat Valladolid and they will be champions regardless of Madrid’s result.

Valladolid are 19th in LaLiga, two points away from 17th-placed Huesca and safety. The hosts haven’t won in the league since the start of March and most recently went down 4-1 to Real Sociedad last Sunday.

Sergio Gonzalez’s side have to win to have any chance of staying up, however, they’re also reliant on the results in the games involving 18th-placed Elche and Huesca.