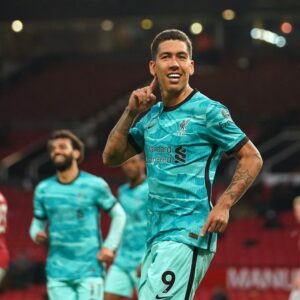 United have lost just one of their last 15 home games against Liverpool in all competitions, and are unbeaten in their previous eight since a 0-3 loss in March 2014.

Solskjaer makes ten changes to his side from the defeat to Leicester, with Greenwood dropping to the bench this time around. Liverpool boss Klopp makes just one alteration to his starting XI, with Firmino coming in for Mane.

Police officers were injured during the clashes on May 2, but local forces and United have taken extra care to make sure that the game can go ahead as normal. Barriers were erected around Old Trafford earlier on Thursday, while Manchester United’s players have been inside the ground for several hours.

Liverpool’s squad made their way into the ground via a decoy coach, and thankfully the operation looks to have gone smoothly.