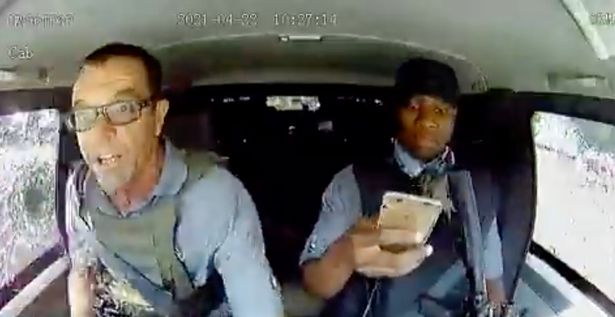 A footage of the shocking incident has left many people in fear.

In the three-minute-long video, a security officer is driving with a colleague. Both are wearing bulletproof vests. Several loud bangs signal they are under attack and the driver, who keeps a cool head throughout the ordeal, immediately takes evasive action.

A volley of bullets hits the Land Cruiser but the driver manoeuvres through traffic to escape. His bulletproof side window is partially shattered. He instructs his colleague to grab a rifle and cock it as the chase continues.

The shooting stops for a moment and the driver, constantly checking the side mirrors, then warns his colleague: “They are going to f****n shoot.” More shots are fired. 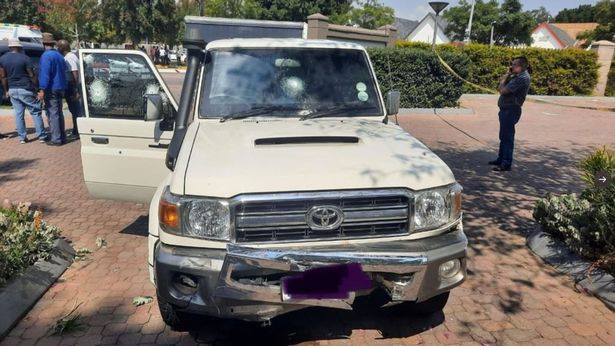 The driver hands a cellphone to his colleague and says: “Phone Robbie, phone Josh.”

The vehicle jerks forward and comes to a halt. The driver takes the rifle and gets out of the vehicle to confront their attackers.

National police spokesperson Brig Vish Naidoo on Saturday confirmed the incident happened on the N4 in Pretoria on April 22.

“The suspects fired several shots at the CIT vehicle in an attempt to stop it during a high-speed chase,” he said.

“The driver of the CIT vehicle managed to evade the robbers for a while but later stopped in wait for the robbers. The robbers fled without taking any money. No arrests have yet been made.”