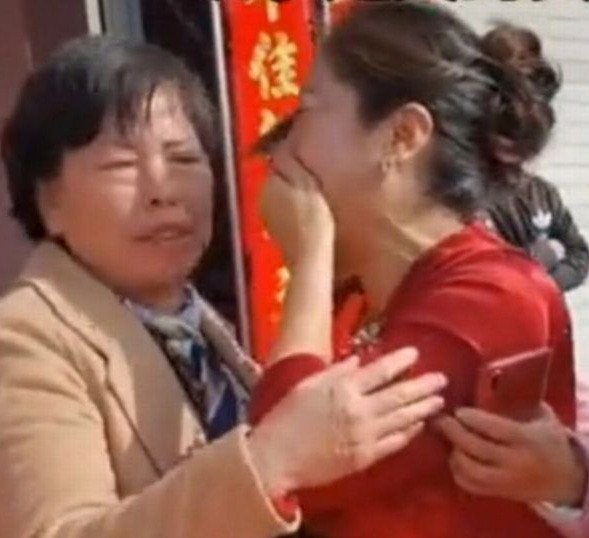 There was shock and relief on the faces of people after a woman found out that the person her son wants to marry is her long-lost daughter.

The woman was attending the wedding in Suzhou, Jiangsu Province, China, on Wednesday, March, 31, when she noticed the birthmark on the bride’s hand and realised that’s the daughter she abandoned at a roadside over 20 years ago.

According to Chinese media reports, the woman approached the bride’s parents to ask if they adopted their daughter over 20 years ago.

The family were shocked by the question as it had been a secret for so many years but revealed they had found a baby girl by the roadside a long time ago and she had been with them ever since.

When the bride heard the news, she burst into tears.

She had been so desperate to know her biological family that she described the moment as being “happier than the wedding day itself”.

However, the story took another twist when it was revealed that there would be no objection to the marriage as the groom was also adopted, therefore, they are not blood relatives.

According to Oriental Daily, the woman had adopted a boy after giving up hope on a search for her missing daughter.

She had searched for her daughter for years to no avail.

The bride had been concerned about marrying her elder brother but her long-lost mum said she had no objections to the marriage as they aren’t biological siblings.

The bride was relieved and went through with the ceremony.

All of the guests who came to the wedding heard about the double celebration and sent their best wishes to the couple and the mother and daughter.