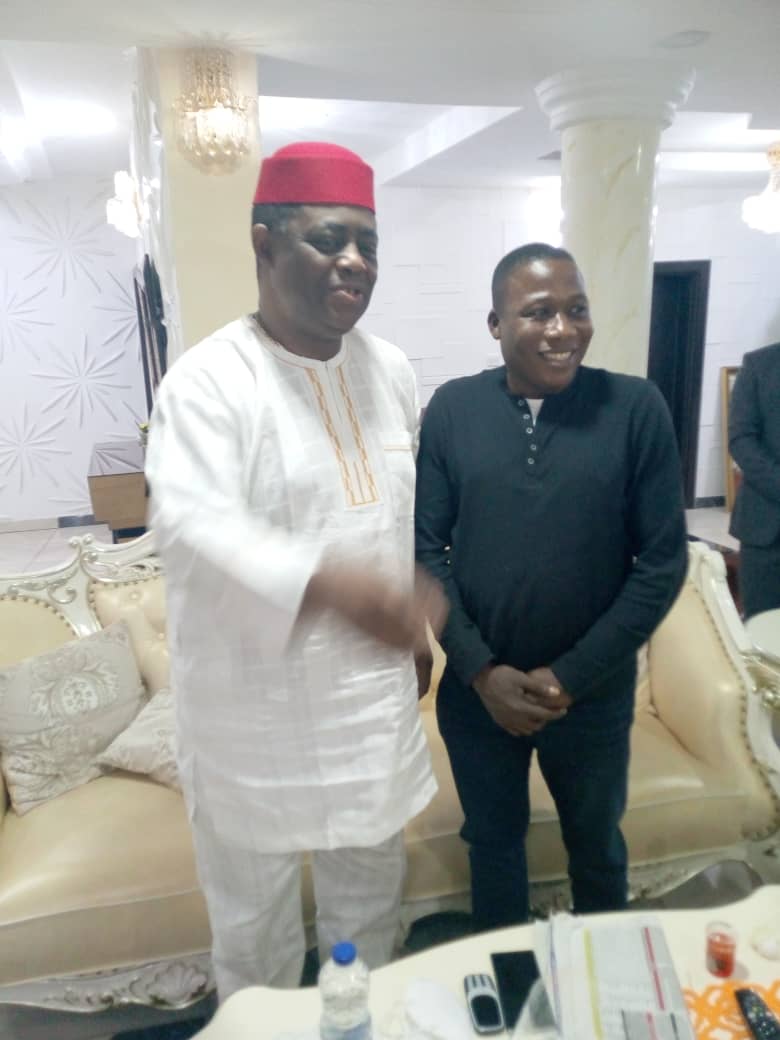 Yoruba people have been called upon to protect and defend themselves against criminals and killer herdsmen.

The call was made by Yoruba activist, Sunday Igboho, who spoke yesterday when he received former Minister of Aviation, Femi Fani-Kayode at his Soka home in Ibadan.

He said all he wants is peace in Yorubaland.

Both men held a three-hour closed door meeting after which Igboho said, “I don’t have anything to say for now, my uncle (Fani-Kayode) has said everything for me.

“What we want in Yorubaland is peace. We don’t want banditry, we don’t want Fulani herdsmen to continue to kill our people, we want our people to be free.

“My message to my people in Yorubaland is that they must try to defend themselves.

“Don’t let anyone come to your farm or your home to kill you, you must try to defend yourself, which was what the minister said too.”

The activist became popular when he rose up with a seven-day ultimatum to the Fulani community in Igangan, a town in Ibarapa Local Government Area of Oyo State to vacate the area.

He attempted to carry out his threat to evict the Fulani in the area when he gathered hundreds of his supporters, stormed the community and confronted the Seriki Fulani.