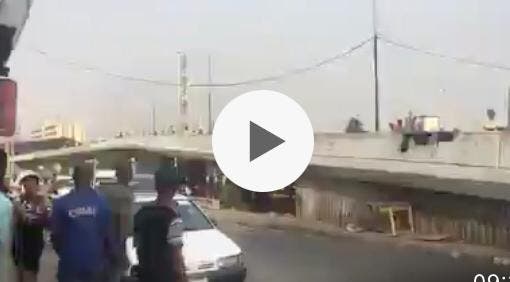 Members of the National Union of Road Transport Workers have engaged each other in a fight with gunshots fired.

The incident happened on Thursday morning.

The clash which started around 8am, as learnt, led to panic in the area as motorists, passengers and passersby scampered for safety.

One Twitter user @DE_COMMUNICATOR shared a video from the chaos which showed people fleeing the area.

“Avoid Obalende right now. Thugs are heavily armed with guns shooting here and there,” he captioned the video.

The Complaint Response Unit of the Nigeria Police Force which responded to the tweet, said, “DPOs and other policemen are on ground addressing the situation. Thank you for contacting NPF-CRU.”