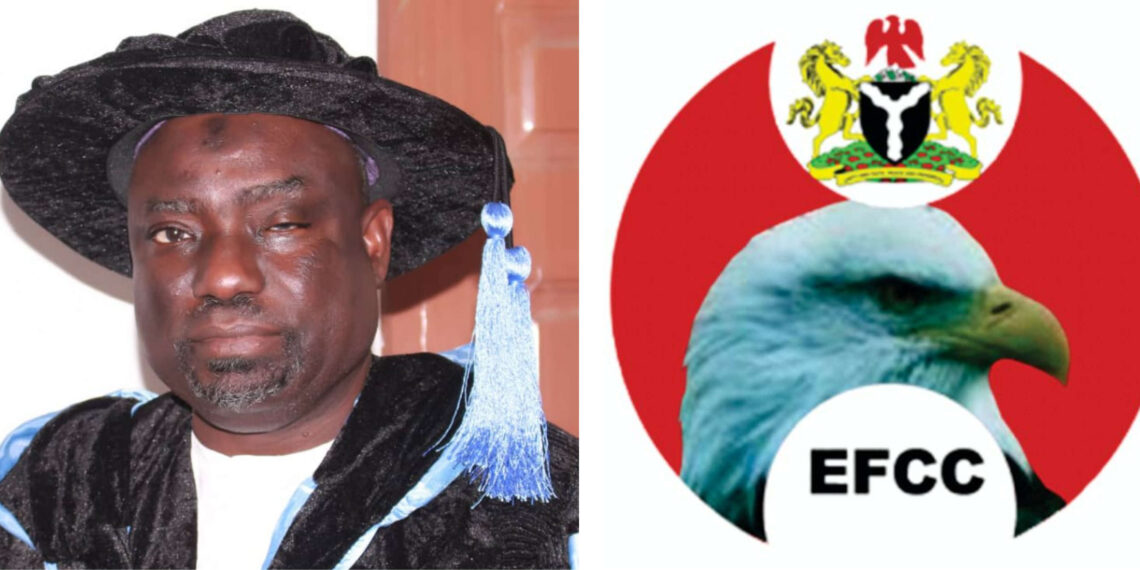 Operatives of the Economic and Financial Crimes Commission have nabbed the Vice Chancellor of Federal University Gusau.

The VC identified as Prof. Magaji Garba was arrested over alleged N260 million contract scam, according to a report by NAN.

A competent source at the anti-graft agency disclosed this to the News Agency of Nigeria on Monday that the vice-chancellor was still being held at the commission’s headquarters in Abuja as at the time of filing this report.

The source said that the accused, sometime in 2018 fraudulently obtained the sum of N260 million from a contractor, Shehu Sambo, owner of Ministaco Nigeria Limited to facilitate a contract.

The source further stated that Mr Garba collected the said amount on the pretext that the university was going to award his company a contract worth N3billion for the construction of perimeter wall fence around the institution.

The source said the contract did not materialise and the money was not returned.

“He was detained by the agency on Thursday January 28 after he honoured an invitation in relation to his involvement in a case of abuse of office, corrupt practices and contract scam.

“The VC is still being grilled by investigators of the EFCC, who are interested in knowing what happened to the money, ” the source said.

When contacted by NAN Correspondent on the development, spokesman of the EFCC, Wilson Uwujaren, confirmed the arrest but declined further comments.