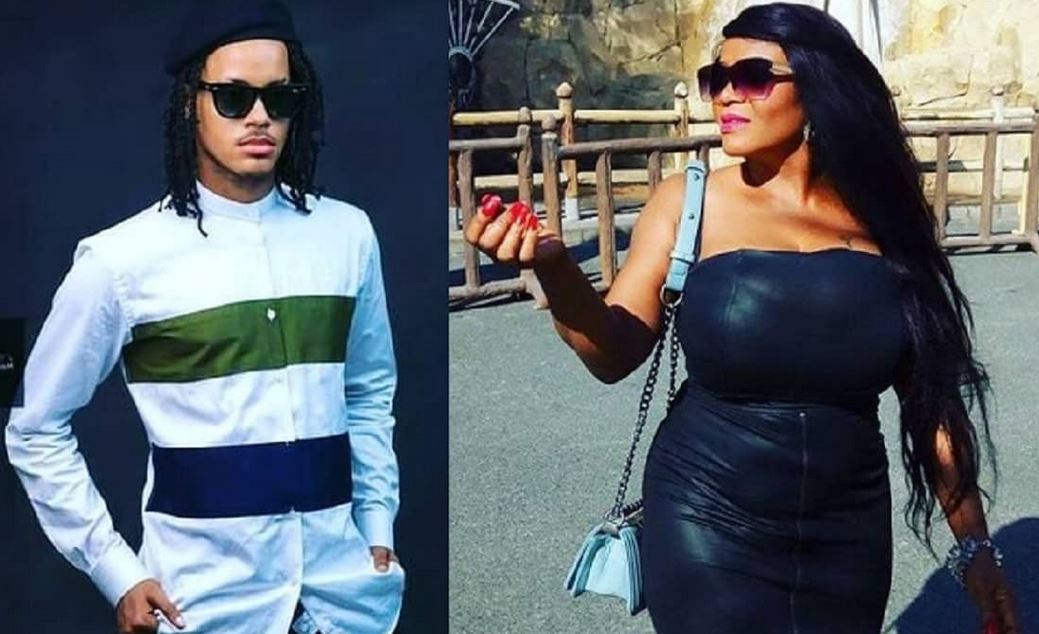 Abel Jurgen, the fiance of Nollywood actress, Cossy Ojiakor has threatened to sue her after he accused her of domestic violence.

In an Instagram post he shared after Cossy Ojiakor accused him of starting the fight and being childish, he described her as a “liar, slut and a cheat”.

Abel also alleged that Cossy featured in a movie when he was just 1-year-old and should be 50 or 60 years old instead of being 36 as she claims. 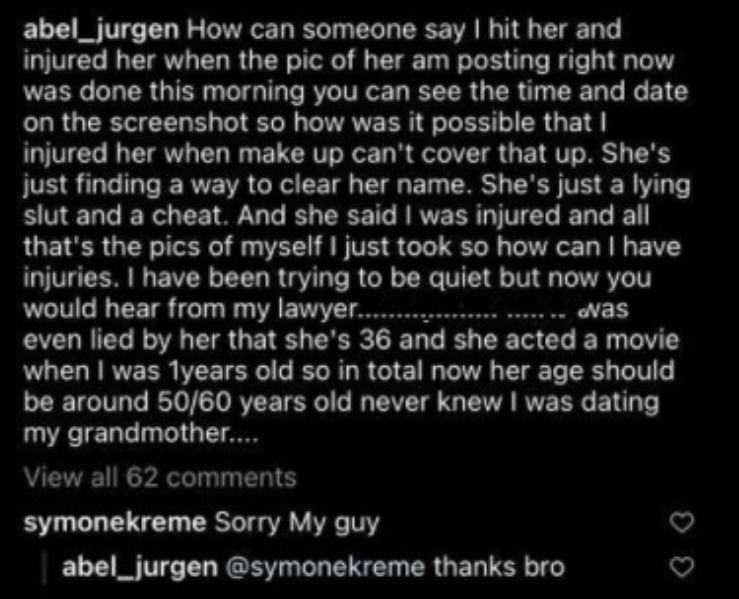 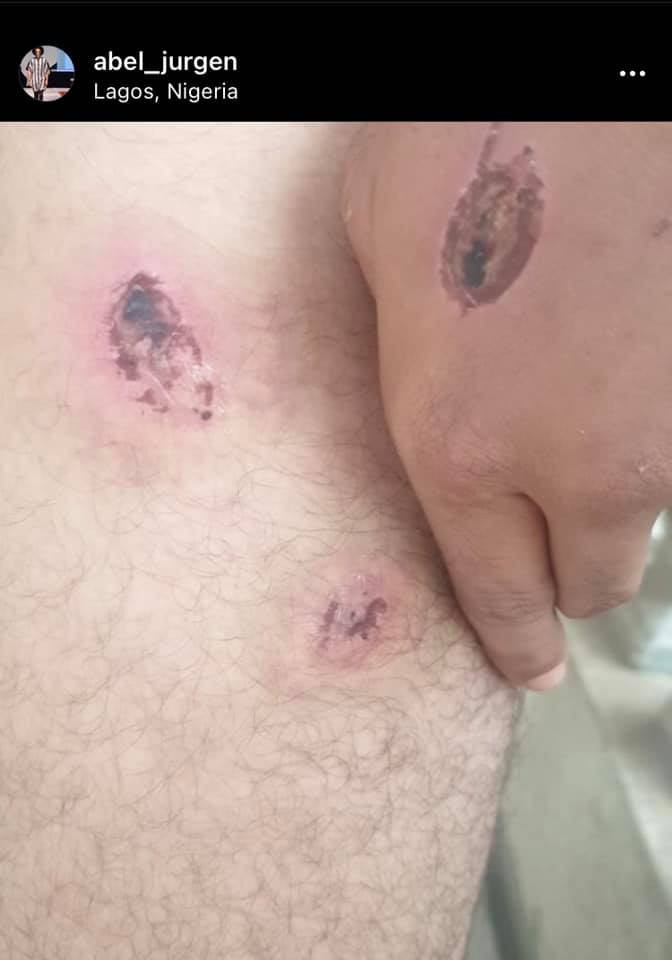