DMW Boss Davido Adeleke, wants you all to meet the 2 GOATs of African music.

He posted an animated photo with his greatest rivalry StarBoy Wizkid on his Instagram and Twitter accounts.

The photo which was photoshopped, shows him and Wizkid donned in traditional attire.

He tagged himself and Wizkid the two greatest of all times.

The social media war between Davido and Wizkid’s fanbases have made a lot of people feel that the two are at war personally.

Recall that in 2017, Davido and Wizkid brought each other out to perform at their concerts, debunking rumours about them fighting.

Davido has again shared this post to show that all is well. 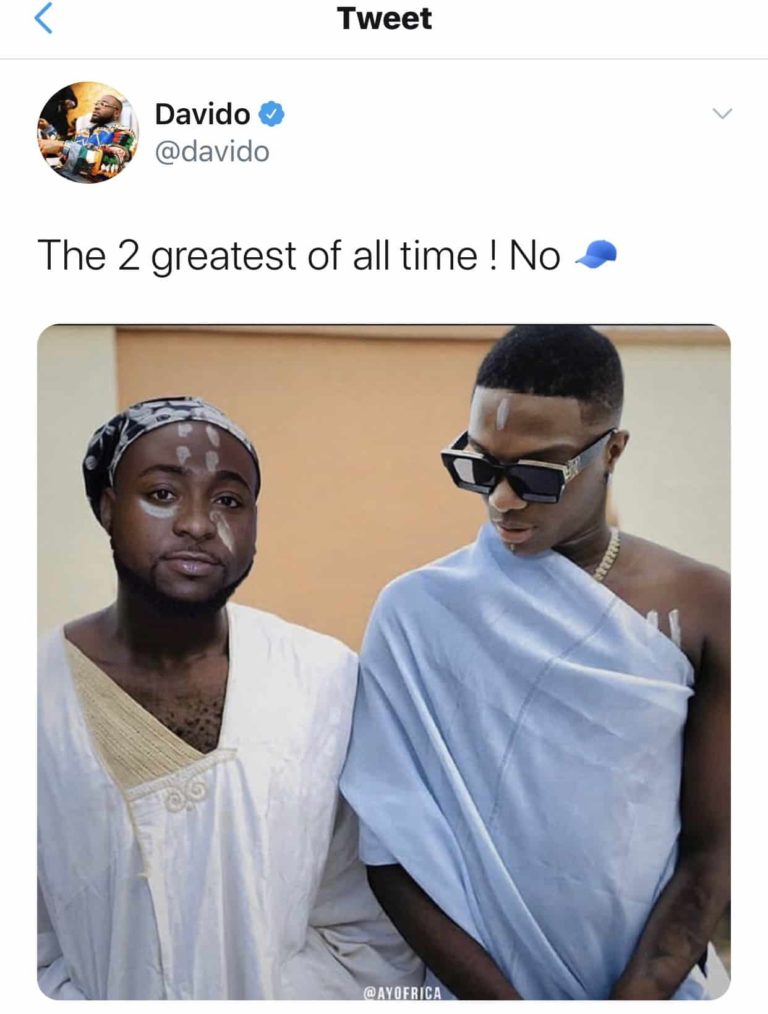